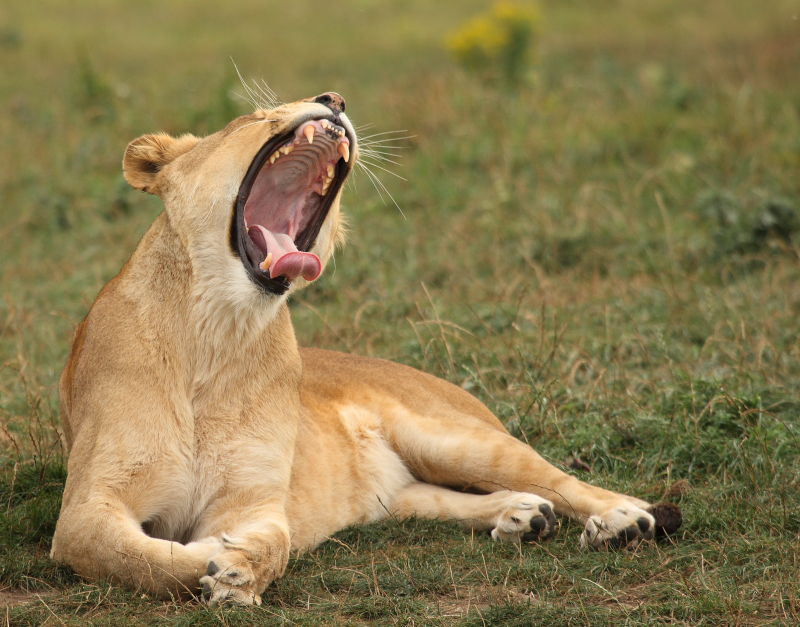 First visit to a very promising new Wildlife Park
27/09/2011
Today I decided to visit a relatively recently opened wildlife park on the outskirts of Doncaster, South Yorkshire which is easily accessible from the A1 and M18

1) One of the first large enclosures contain Lions. As you first approach the area it appears that the high small gauge mesh fencing is going to prevent images of any decent standard but this is where it first becomes clear that a lot of thought has gone into the design of the enclosures. Just a few metres walk away the path rises above the level of the fencing and the Lions can also climb onto a flat topped mound and when both come together a 300-400 mm lens can easily get uninterrupted frame filling shots.

Having been impressed by this, a short walk around the enclosure reveal it has actually been separated into 3 large areas with a different Pride in each.

The second Pride area has a similar raised area and when this coincides with a bridge over water there are excellent fence free views with a large cascading waterfall. Can't wait to see the lions on there !

2) Moving on to the other end of the park, with plenty to see plus impressively regular seats and animals brings you to the Amur Tiger enclosures

To say this area was a surprise is an understatement with a full length solid aerial walkway which again relies on raised ground within the enclosures ( and another impressive waterfall and pool) to give eye level shots of these magnificent tigers.

There are many other areas of interest at this park but mention needs to be made of one area that it still under construction.

This place is already setting good standards and has huge potential !

This place looks like it will go from strength to strength. Give it a go, it's well worth it